When it is time to light the first of the advent candles, it is tradition in our family to begin the Christmas baking. Gingerbread and Lucia buns must be ready by Lucia Day (13th December).

The Swedish Lucia celebration is a pretty peculiar tradition. Originally an Italian Catholic saint, st Lucia is widely celebrated in the protestant Sweden. In schools, children dress up and sing carols. They often tour old folks homes and work places and bring light and joy in an otherwise dark season. It is incredibly beautiful to vitness them walk in procession in their white gowns and wreaths. They are led by one girl dressed as st Lucia herself, wearing a wreath with lit candles in it (yes, we put naked flames in our childrens hair!). Most towns have their own official processions and a local young woman gets picked to be Lucia. There is even an official Swedish Lucia every year on TV. Why not watch the 2010 celebration to get in the mood for baking!

Usually at least some of my children and grand children come home for the weekend to help me get the baking started. We drink glögg and enjoy each other's company. We try to have time to make some Christmas candy as well.

Lussekatter are always eaten at Lucia. They are a sweet wheat bread with saffron and decirated with raisins. We make the most common shape of lussekatter but there are many, more or less intricate, traditional shapes with appetizing names such as the Priest's Hair or the Yule Hog. Some of these shapes supposedly date all the way back to Viking culture.

I tried a new recipe this year, from our famous pastry chef Roy Fares. The result was very moist and flavorful. Also on the plus side, the dough was easy to handle. To mix it up a little, I also made half of the batch with an almond filling. To just make good old fashioned Lussekatter, make the dough and scroll down for the method. 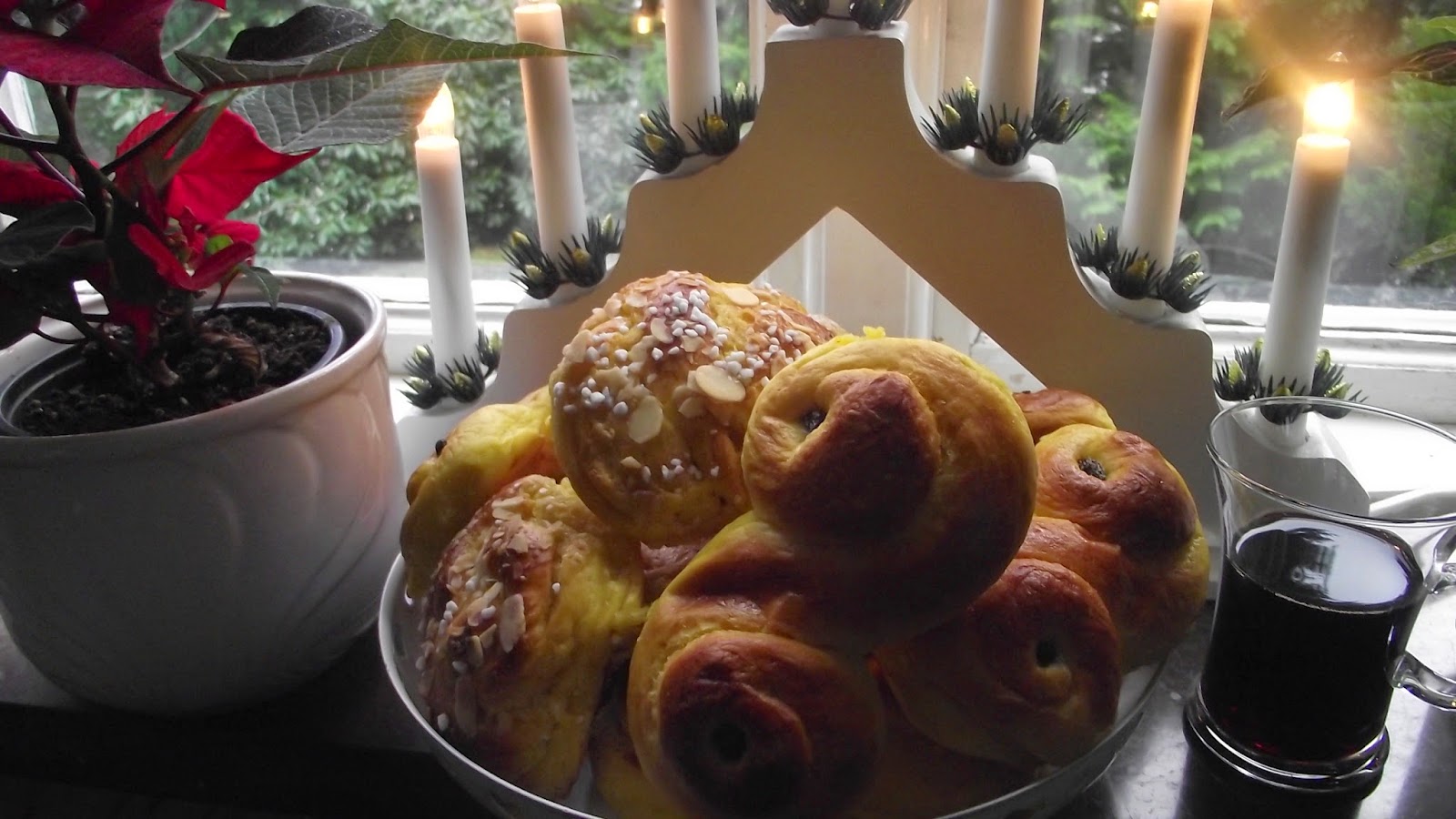 Make the starter dough: Heat up the milk to 37 C (98 F). In a bowl, dissolve the yeast in the milk and mix in the flour. Knead until it forms a fine dough or use dough hooks and run in your food processor approx 5 minutes. Let it rest 15-20 minutes Then mix in the rest of the ingredients for stage 2. finally adding the butter spoon by spoon while mixing the dough at medium speed until the dough is shiny and silky and pulls away from the bowl. Leave it in the bowl another 20-30 minutes and it will be easier to work with.

Meanwhile mix the filling, by combining the almond paste and the plain and vanilla sugars. Mix in the butter bit by bit until you get a smooth, even filling.

Roll the dough out into a square 45x70 cm, about 0.5 cm thick. Spread the filling evenly over the square.

Take a hold of the upper edge of the square and fold it down to meet the lower edge, so that the square is folded in half. Then cut the rectangle into strips and tie them into loops by winding them three times around two fingers. Fold the end over and tuck underneath the bun.

Place them on a baking sheet covered in baking parchment. Let them rise properly, 1-2 hours.

Set the oven to 200 C (392F). Beat the egg slightly and brush the buns with it. Sprinkle with pear sugar and almond flakes. Bake on middle rack, 13-15 minutes. Let the buns cool under a clean towel.

If you are splitting the dough in two, to make two varieties, roll the dough into a long rope. If you are using the whole dough, make two ropes. Cut each rope into 20 pieces. 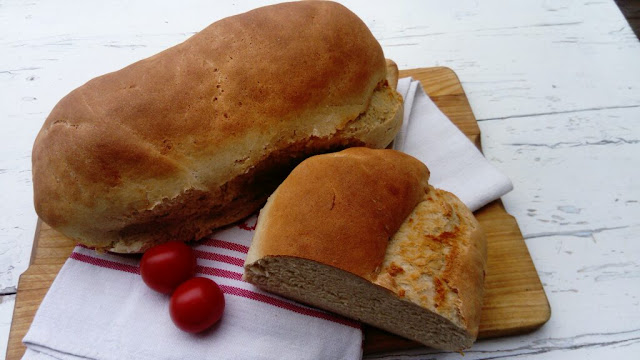